I received a free digital copy from the author in exchange for an honest review.

Kami has never known the grandparents on her father's side. So when one day she receives a plane ticket to join them in Cairo for the summer, Kami knows she must take the opportunity of a lifetime. However, strange things begin to happen as soon as Kami boards the plane, weird shadow creatures seem to be stalking innocent people and Kami's grandparents are nowhere to be found. With the help of some new friends, and a new cousin, Kami must discover what the story is behind the shadow creatures and the queen with a strange obsession with Alexander the Great.

This book was a really good, enjoyable read overall. The culture in Egypt was quite deep and rich throughout the book, and I liked that different things such as women wearing veils and certain characters praying in Mosques (so the introduction of different beliefs). I also thought it was fantastic that Sarah had her characters talking about the Egyptian Revolution of 2011, part of the Arab Spring. This was such a huge deal and really brought social media into the world's eye as a powerful tool for news-making and telling, so to have (young) Egyptian characters talk about it, their troubles with police and refusal to back down was really wonderful to see. 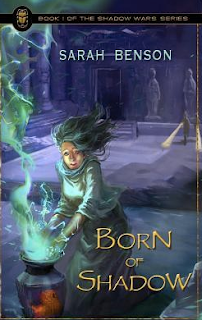 The historical facts are so well researched, it's really impressive. There was lots of Egyptian history mixed in with a little bit of greek in parts because of Alexander's relationship with Greece during his reign.

I felt that at times both some of the historical facts and general dialogue in the book may have been a bit mature for middle grade readers - namingly the parts where police gave protestors virginity tests. I thought that this was being classed as middle grade, which I would presumer to be 10,11,12 years old but I think it's better of as 14 years old and up. I'm not American though so my knowledge of what 'middle grade' is could be completely wrong.


I felt the start of the book dragged a little bit. I was over 50% through before it before it really started going, and even at that, there's wasn't that much action in it overall. It mainly seemed to be them all driving places and talking solutions. I wasn't a huge fan of Kami's and Liam's relationship - for this book in particular being the first and Kami's huge feeling of loss and distance when it comes to family, I would have preferred there to be more emphasis on Kami and her cousin. While it wasn't insta-love, Liam's mooning over Kami was a bit bleh, I've seen it all before. Maybe I'm just becoming hardened to it though.

I wish it hadn't ended where it did. I feel like there could have been a bit more. I kinda felt like when there's an action scene in a movie on TV and suddenly there's an ad break. It just felt too abrupt.

Overall, a good read and perfect for anyone who loves a bit of Egyptian-god/mythical action. It would be good for fans of Greek gods too as it's a bit similar.
Posted by Aoife Lawlor at 16:13

Aoife Lawlor
The name is Aoife and for those of you fair folk who do not hail from the Emerald Isle,it's pronounced like 'E' and than a big fat 'FA' at the end. Currently, I'm a full-time journalist living and working in Dublin, Ireland. While I work with trending topics in the media, I don't have the opportunity to write enough about the thing I love most - books. So here I am.